You are here: Home / About / The Smiley Dog Story / The Biped’s Bio 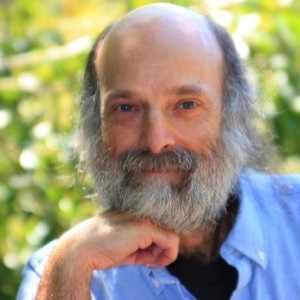 So you want to know who’s behind Smiley Dog. For the life of me, I don’t understand why. But since you asked. . .

Craig Weindling began playing with the silly idea of sharing dog toys waaaay back in a simpler era with the family pet. At the time, this was a Beagle named Ginger.

Toys were shared with Henry the cat, Chirpy the rooster, and a few more canines, Cajy and Cajyr. I don’t suppose it’s entirely fair to say that Sears and Roebuck, the goldfish, got to share toys, although they did swim among them for awhile before ending up in a place of honor 2 feet under in the backyard.

When bitten by the theatre bug in high school, Craig decided to play with carpentry toys. Next came electrical toys like lighting instruments, dimmer boards and scary 3 phase 4 wire distribution panels. These were joined by fun audio toys like tape decks, amplifiers, speakers and editing blocks. His professional career as a freelance stage manager allowed him to play with even more very expensive toys that belonged to others. It helped tremendously while mediating artistic egos.

After 20 years playing stage manager, Craig decided to turn his back on a steady paycheck, health insurance and the career path he had followed since high school. And for what? More toys!

Craig now gets to play not only with toys, but also with “business”

It’s difficult to take things too seriously when confronted with squeaky snakes or furry pheasants, but someone’s got to do it. Sadly, toys have replaced frequent forays into the great outdoors and underwater adventures, although those may return. Someday.

Curiousity and quest for knowledge have always competed with Craig’s fascination with toys. The pet industry has provided a never-ending flow of tantalizing topics for research, particularly in the area of pet food nutrition and marketing.

My what a creative bunch are at work in this industry as well!

Craig lives happily in Bothell with his partner Barbara, a glass artist creating at Glass Gardens NW, Ginger, and Kermit.