Natura has expanded this recall to include additional lot numbers and formulas.

The additional recalled product listing now appears below and can be downloaded as a pdf here..

Natura Pet has announced a limited recall of selected production runs of Innova, Evo, California Natural and Healthwise products. The recall does not affect any canned formulas or treats at this time.

The recall was announced as a result of a single bag of Evo cat food testing positive for Salmonella. No reports of illness have been reported.

The recalled product includes the items listed below which were manufactured between December 17, 2012 through January 2, 2013.

If you have received any of the affected product from Smiley Dog, you have already been contacted by phone or email to arrange replacement or credit.

If you purchased any of the affected products elsewhere, you should be able to return them to the original retailer.

Natura products sold by Smiley Dog which may be affected by this recall include: 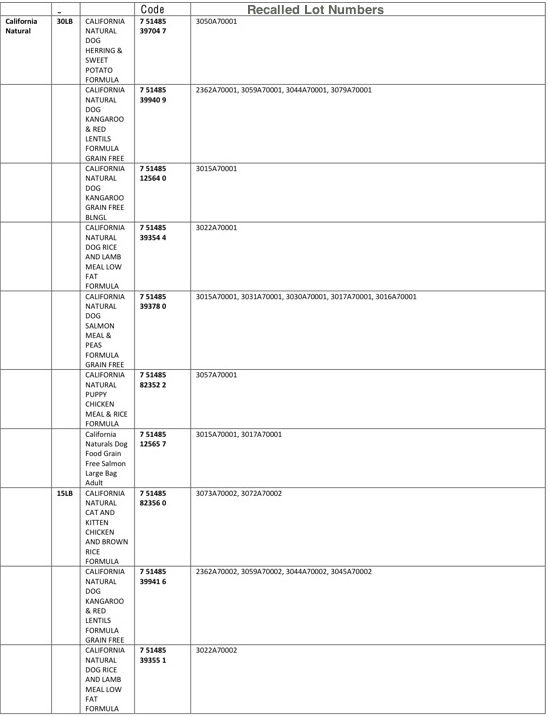 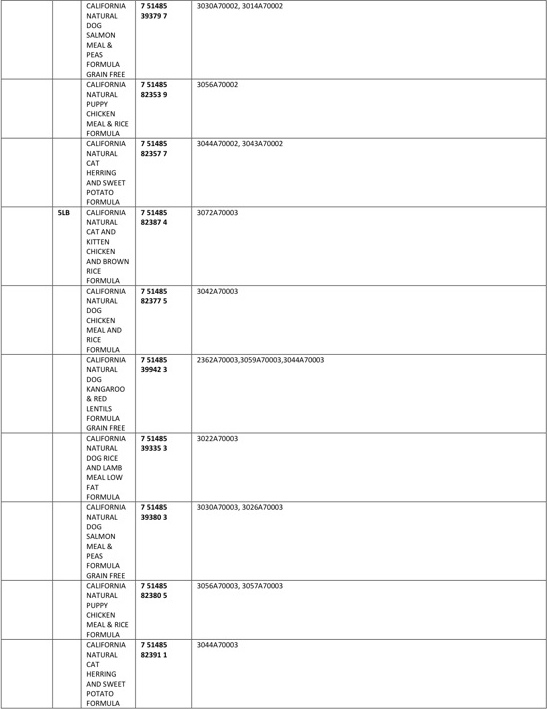 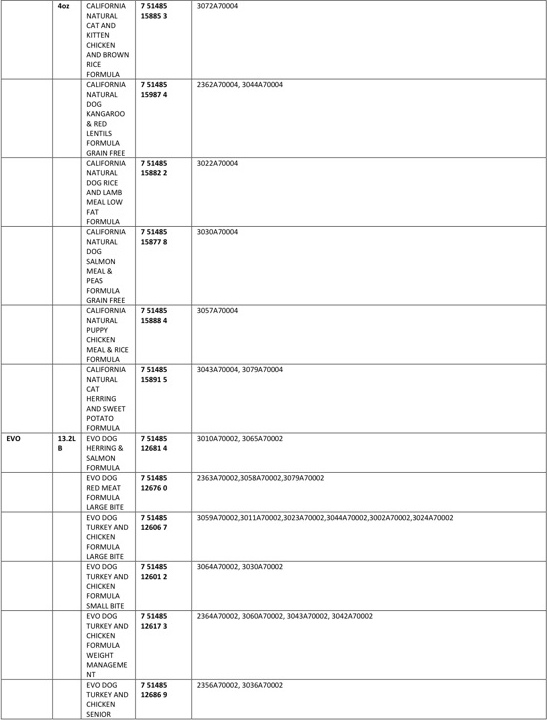 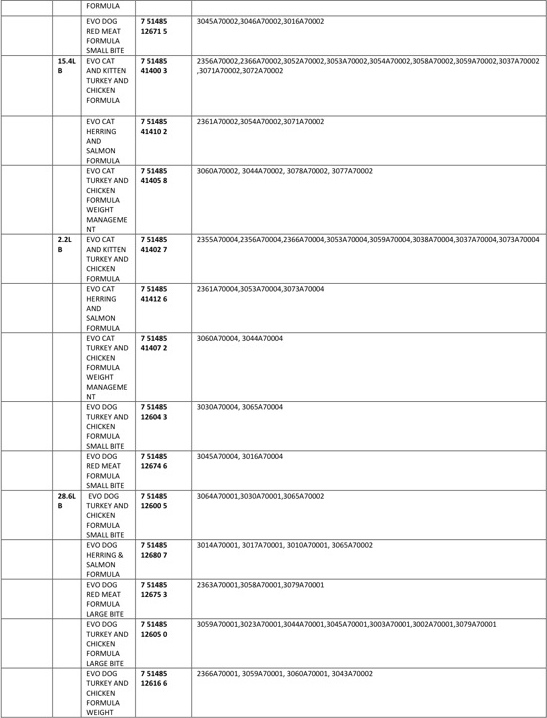 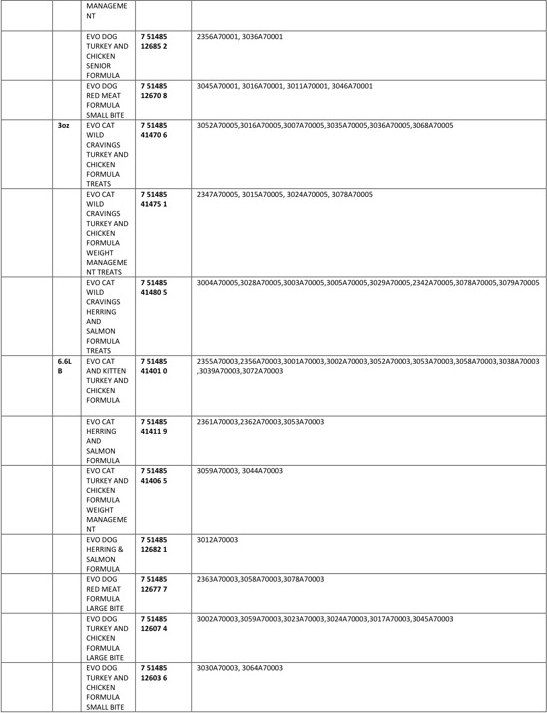 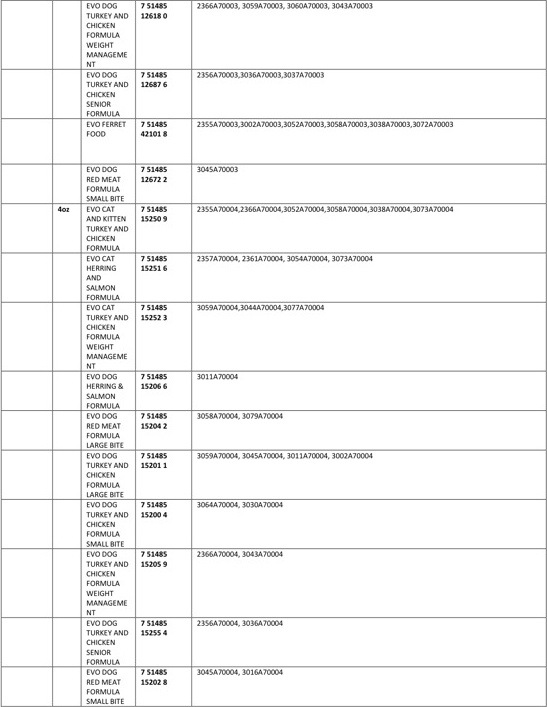 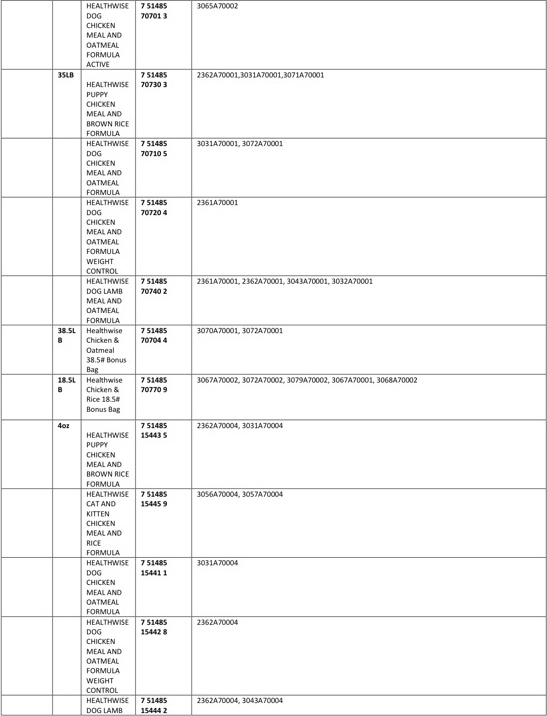 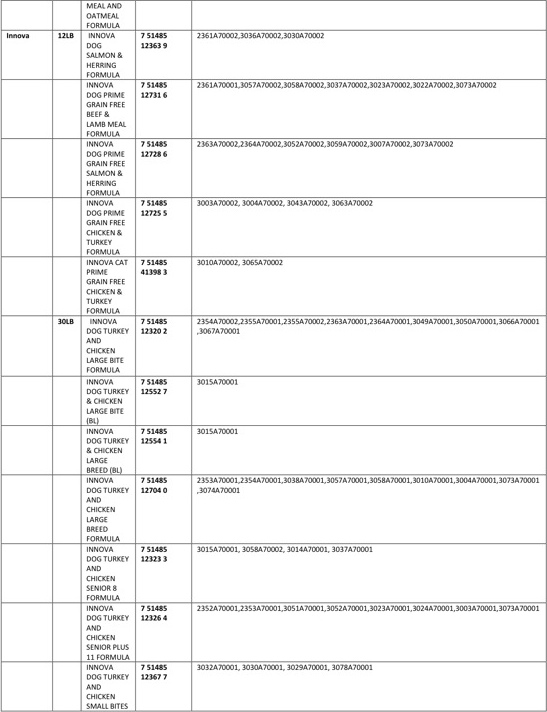 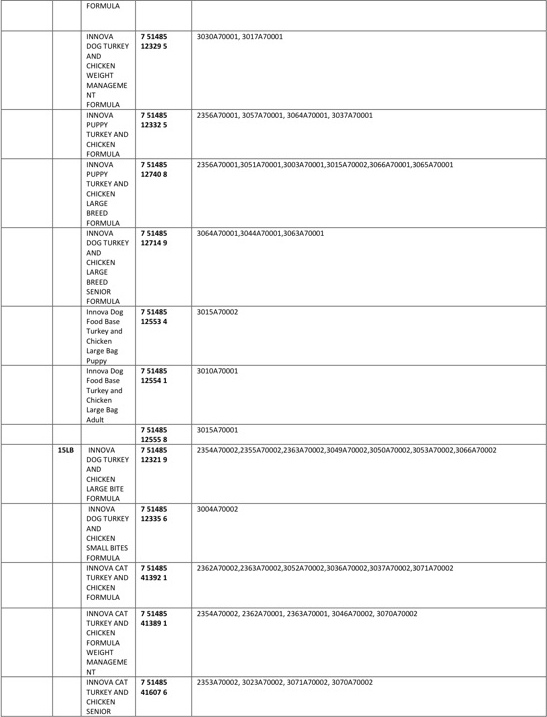 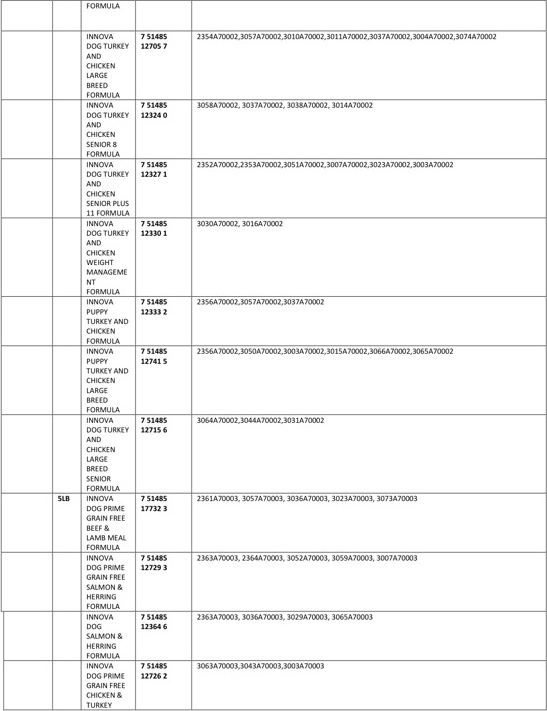 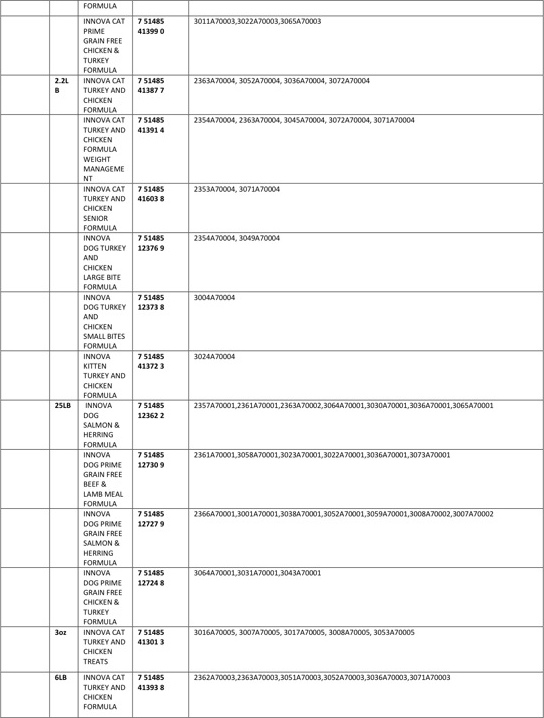 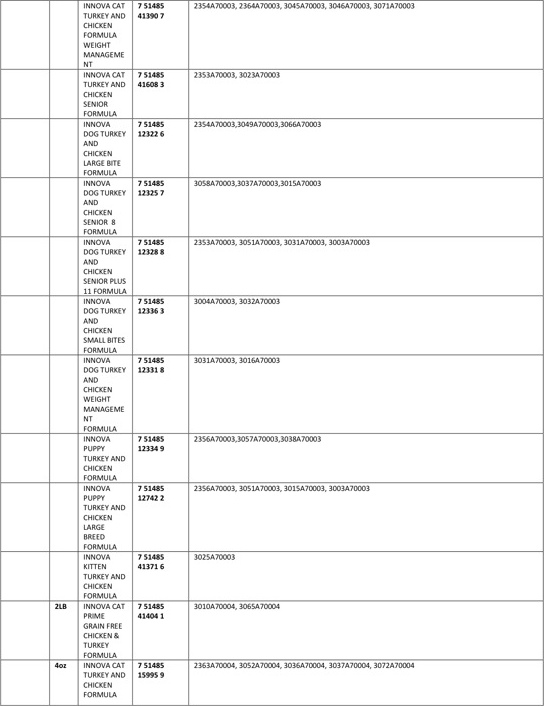 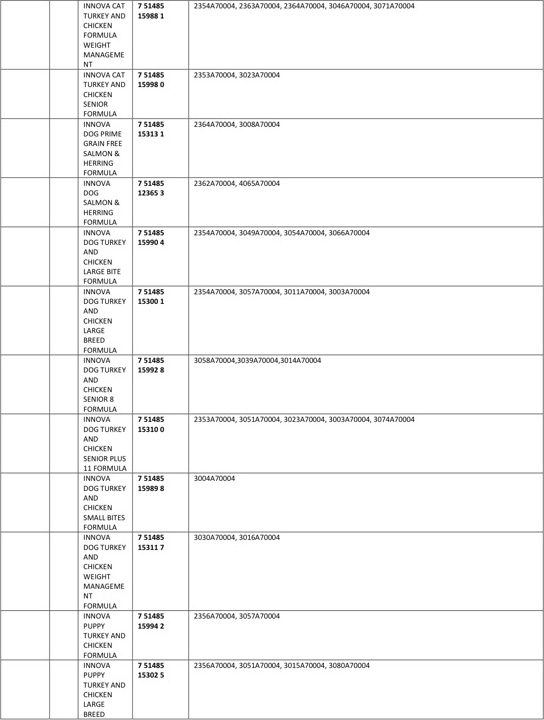 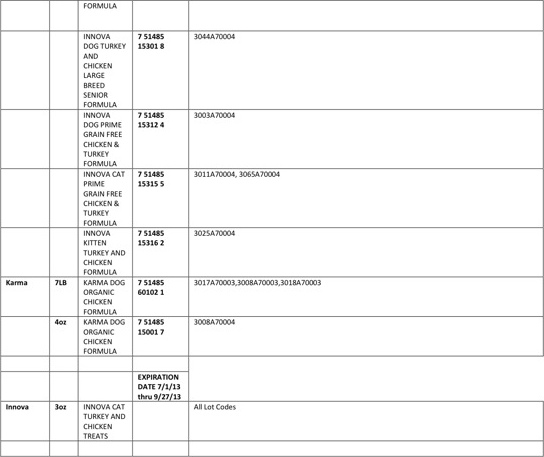 This is the original recall list which has now expanded to include the products listed above: