A Sexy Question of Nip or Not 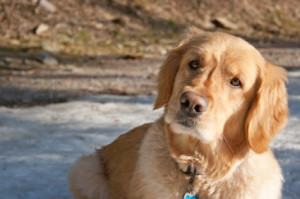 Imagine being faced with a decision which could have dire consequences for the health of your new pet. One choice condemns your pet to suffer significantly increased risk of developing certain cancers, hip dysplasia or other orthopedic problems.

The other choice leads to different set of medical problems, increased aggression and ensures you face the disapproving judgement of the pet community at large.

Which do you choose?

Neutering (which includes spaying for this article) is the commonly accepted practice of removing the reproductive organs of dogs and cats to reduce overpopulation. It also eliminates a short list of medical issues, and has long been recommended for most pet owners unless they plan to breed their pets.

A new study released by researchers at the University of California at Davis (UC-Davis) presents compelling evidence that intact pets may have a significantly lower incidence of certain diseases when compared to neutered pets. The study analyzed 9 years of veterinary records to identify and confirm these trends.

Each group was examined for incidences of 3 common types of cancer, hip dysplasia, and knee ligament injury. The cancers tracked included lymphosarcoma, hemangiosarcoma and mast cell tumors. Increased incidence of each was seen in one or both groups of neutered pets when compared to the intact groups. Further patterns were revealed when comparing male and female animals within the groups.

The results for lymphosarcoma (LSA) and cruciate ligament injury (CCL) was similar for both male and females. The study showed a significant increase for both conditions in early-neutered pets when compared to the intact and late neutered groups.

While these results are interesting, they are far from conclusive

One premise behind the study is that certain beneficial hormones are reduced when neutering is done. When the sex organs are removed, a major production source of these hormones is eliminated as well.

The effect these missing hormones have on a pet differs depending on the age the neutering procedure occurs. The results appear to indicate recognizable patterns of disease occurring in groups of both early and late neutering.

One factor which complicates the interpretation of these results is the lack of a true control group. The results of the study were compiled from records filed at the Veterinary Medical Teaching Hospital at the University of California at Davis. Whether differences in diet, activity levels, stress or other environmental factors were taken into account is unknown.

Another complicating factor is that the results are limited to the Golden Retriever breed. Plans are currently underway to conduct similar testing on additional breeds. Once more breeds are studied, patterns may emerge which clarify or further complicate the neutering debate.

This study caught my interest as a result of personal experience

The two dogs I’ve shared much of my adult life with both were Golden Retriever/ Labrador Retriever mixes. Their medical records read like a case study straight from these files.

Hip dysplasia. Cruciate rupture. Lymphosarcoma and hemangiosarcoma. Both had been neutered, one early and one late. They lived to be 15+ and 13+ years respectively. Could either of their lives been extended or health improved if they had not been neutered? We’ll never know.

Most of us have grown up believing that neutering benefits pets

Conventional wisdom holds that the practice of neutering has significantly resulted in curbing unwanted pet population. We’ve been told that it reduces the risk of marking, aggression, roaming and complications from some cancers.

With the release of the UC-Davis study, conventional wisdom may be called into question. While there is clear evidence that neutering helps with pet overpopulation in the US, this study may open a discussion to investigate acceptable alternatives.

A spirited discussion, based on solid evidence, may lead to improved health for our pets. It will be interesting to see how the lessons from this, and future studies are applied.

Visit this link to read the entire study and see the charted results.