You are here: Home / Dogs / Dog Food / Going a Round with Rotational Diets 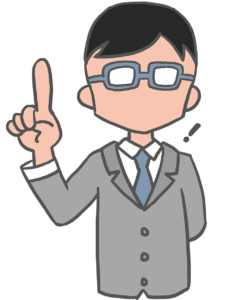 When someone tells you they know the “best” way for you to feed your pet, do your eyebrows arch in skepticism? Ask around and you’re likely to get as many answers as people you approach.

While many pet parents prefer to find a food that “works” and stick with it until it doesn’t, there are  other alternatives to consider.

One of the more popular alternatives is rotational feeding

Rotational feeding is based on a simple premise. Every pet food formula derives much of its nutritional value from the protein content of the food. The majority of this protein content comes from the meat used in the food.

Meat protein contains a combination of different amino acids. Each amino acid has a specific function in the body. While our pet’s bodies can produce some amino acids, other amino acids must be sourced from food.

Each meat contains a different variety and balance of amino acids

The combination of amino acids in each meat protein, while complete overall, are found in different proportions. Think of amino acids as money and you have $5 to spend. It can be one five dollar bill, five singles, a few dozen coins or a pocketful of pennies. If you continue carrying around a full pocket of pennies for years at a time, chances are you may get a bit tilted. The same can be said about proteins.

Feeding one protein exclusively can lead to an imbalance of the amino acids in the meat. This can be a result of high or low levels, depending on the particular amino acid profile of the meat, along with how the body processes them. This is a simplified explanation of why some dogs develop sensitivities to a food that’s been fed for an extended period of time- there is some sort of imbalance.

Rotational feeding allows your dog to get balance over time

In addition to varying the flavor of foods, rotational feeding provides a variety of amino acid profiles. This variety provides a better balance over time than consistently feeding a single protein.

Some food manufacturers have specifically formulated their foods so they can be easily used for rotational feeding. These foods, like the AvoDerm’s Revolving menu or Nature’s Variety rotational diets, offer different meat proteins and attempt to keep their ingredient lists as consistent as possible. This minimizes the potential of any digestive challenges when switching foods.

It is certainly possible to rotate among different brands to get a variety of proteins. Approaching a rotational diet this way may be more challenging that sticking with a single brand since your dog will be adjusting to more ingredient changes. Most dogs have no problem with this- they are well suited to eating just about anything!

Mixed protein formulas are another approach to rotational feeding

If you like the idea of rotational feeding, but don’t want to continually switch foods, a mixed protein formula offers many of the same benefits. These foods combine multiple proteins in a single food.

While mixed protein formulas provide a more balanced nutritional approach over time, there are a few factors to kind in mind. As with a single protein food, consistently feeding a mixed protein formula can also lead to sensitivities over time. If this occurs, it can be more difficult to determine which protein source is the culprit.

To address sensitivities to a mixed protein formula, it’s recommended to begin feeding a new protein- one not contained in the mixed protein food. This usually means moving to a more exotic protein which typically will be more expensive.

Rotational feeding can take other forms

Rotational feeding is commonly used with raw feeding as well. Since raw foods are metabolized more quickly than kibble, switching between proteins is rarely an issue. Raw food can also be used as a topper on kibble to provide nutritional variety.

While some believe raw and dry foods should not be mixed, that’s another topic for conversation. Yes, each food form is processed by the body at a different rate. We see, and have experienced, no isues mixing the forms, while others insist it will cause nothing but problems.

The debate continues. What do you find is the “best” way to feed your dog?