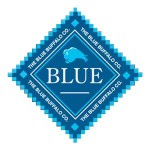 Blue Buffalo recently released a statement on its website confirming that some of its formulas may have contained poultry by-products meal instead of 100% chicken meal. The statement is a result of the recent back and forth lawsuit battles filed against Blue Buffalo by Purina and Hills.

In its statement, Blue places the blame on one of its suppliers, Wilbur-Ellis, for mislabeling an ingredient used in producing some of their food. They claim that while Blue was “ordering and paying for 100% chicken meal, at times they were receiving shipments that contained poultry by-product meal.”

The statement goes on to say that numerous other companies likely received the mislabeled ingredients, and that no safety or health threat exists.

This is disappointing news

No, a recall is not required in a situation such as this. It does, however, seem rather unrealistic to expect consumers to regularly check a manufacturer’s website to confirm there are no surprises with the food being used. At the very least, notification to retailers or distributors would have been appreciated. Sadly, this did not occur.

This oversight again highlights a continuing issue with the way pet food is manufactured. Despite assurances to the contrary, quality control (QC) is not up to the standards claimed by manufacturers.

A mislabeled ingredient that is not tested and stopped prior to, during, or after production of food is exactly what led to the massive pet food recalls of 2007-2008. In those cases, the mislabeling was intentional. In this case, it may or may not have been an honest mistake. Either way, QC protocols at some point should have caught this error.

The above quote is taken from the Blue Buffalo website. No doubt there are “strict controls” in place. Apparently there remains some room for improvement.

Blue does not manufacture its own products- they are produced to the company’s specifications in a third party plant. Most pet food companies operate this way, and each has its own QC protocols. It’s disappointing to learn that a company such as Blue would not have discovered a major ingredient mislabeled prior to it being used in its food.

It is equally disappointing to see the company declare this to be “unacceptable,” and then dismiss any potential harm stating “this mislabeling poses no health, safety or nutrition issue.”  This may satisfy the letter of the law, but it does not inspire confidence for its consumers. The company claim of “no nutrition issue” with the poultry by-products appears to be at odds with its current marketing of a superior product claiming to use only 100% deboned chicken.

To its credit, Blue has stopped using this supplier for ingredients

A recently completed review at Wilbur-Ellis confirmed the error. A statement released following the review maintained “this effort revealed poor record-keeping and operational processes at its facility in Rosser, Texas, and the mislabeling of pet food ingredients that were sold to companies that formulate food for pets.” The company repeated the “assurance” that although mislabeled, the ingredients sold were commonly used in pet food and were safe.

We’ll keep you posted on further developments in the back and forth lawsuits between Purina and Blue.

Read the complete statement on the Blue Buffalo website.